Reminiscences from The 90's

I’ve been observing that tucked-in shirts to jeans or pants is obviously back to the fashion trend in Jakarta, and I’ve seen so many teenagers religiously dressed up like that. It slightly reminds me back in the 90’s trend when people tucked their baggy shirts with rolled-up sleeves, in their high-waisted momma’s jeans. Cute, no? 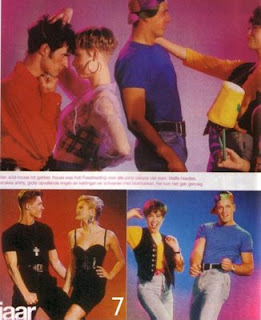 It has become very clear that the 90’s trend is definitely back to the rotation. First, we already have the vest trend. Second , we also have the legging and colorful tights trend which was also a big hit back in the 80’s. Third, plaids shirts which Dolce & Gabbana had offered for this fall/winter 2008 which reminded us of the grunge style. Fourth , bien sûr the fierce Doc Martens and platform shoes which I had talked about on the previous articles. Fifth, the bare midriff (as seen on Prada S/S 2009). Sixth , the motorcycle leather jacket. And the last but not the least , the upcoming shoulder pads trend. 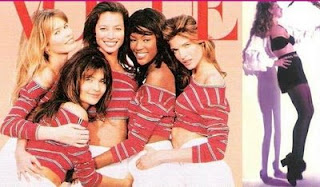 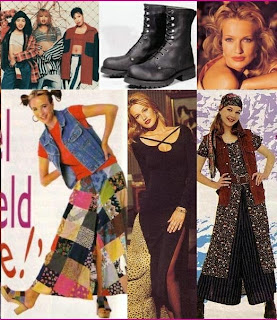 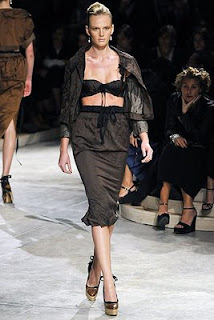 But I still have one more trend forecast to discuss about. Ripped jeans . One fine day, I saw a junior in my college wearing ripped jeans, baggy t-shirt and a pair of Converse shoes. It looked damn good on her, and I started to think that perhaps this kind of 90’s laid-back style will be back again, apart from the rejection to the Spring/Summer 2008 forecast. Did I just say ‘rejection’? Yes ladies, on last Spring/Summer 2008, some of the designers like Maison Martin Margiela, D’Squared2, and Christopher Kane, and some retails like Topshop and Diesel offered this ripped jeans trend. Some of A-list Hollywood celebritie s were also captured wearing a pair of ripped jeans while taking a stroll. But in fact, many people turned this trend down simply because they thought this trend is such a disaster . But then I browsed style.com and found out that apparently Balmain have the ripped jeans for the Spring/Summer 2009 collection. Is the trend coming back again? However, I still don’t see many people wearing it in real life until today. 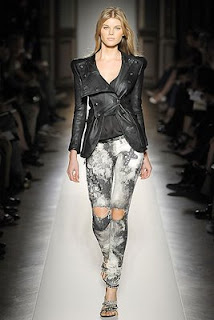 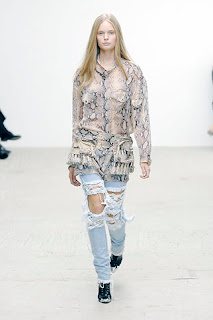 So, are you gonna pull-off this ripped-jeans trend?

TonyaHarison said…
You made some decent points there. I looked on the internet for the issue and found most individuals will go along with with your website.