Flip Flops – Where do You Stand? 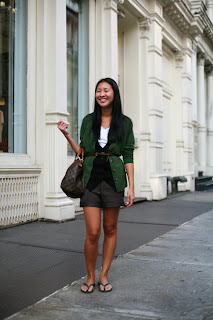 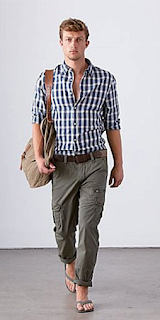 Over the past few decades we’ve seen sandals and flip flops transform from disposable beachwear accessories into designer luxuries. Once made from foam rubber and costing only a few pounds, flip flops and sandals are now expensive and durable fashion items sported by countless supermodels and fashion icons.


But how did this transition come about, and do people these days genuinely accept sandals to be mainstream staples of their wardrobe? For example, while we all know it’s de rigueur to strut the dunes in a pair of flip flops while on an outing to the beach, would you wear a pair of designer sandals to a smart restaurant or formal function?


Responses will inevitably be mixed. In the workplace, things aren’t really any clearer. During the dot-com boom in Silicon Valley, business dress was relaxed and the whole world was introduced to the idea of ‘casual business attire’. No longer is it just Friday that’s ‘dress down day’; now it’s expected in certain areas of the creative industries that employees will wear nothing more formal than a T-shirt every day of the week.


However, sandals continue to cause divisions here, too. In 2007, 24-year-old Jennifer Cohen from Philadelphia went to the press to express her astonishment at being told by senior colleagues that her choice of sleeveless shirt, Bermuda shorts and designer flip flops was not acceptable causal business attire.


As with a number of clothing items, much of how we perceive flip flops and sandals is determined by the outfit choices of certain celebrities. Jennifer Anniston, for example, is often spotted donning a pair of colourful sandals, usually pairing them with jeans for dressed-down, casual chic. Paris Hilton, meanwhile, prefers to combine them with shorter skirts for a typically summer look.


No matter where you stand, the fact remains that flip flops have carved out a special little niche for themselves in the fashion world. No longer considered to be just beach footwear, you might not yet be comfortable wearing them out for a night on the town, but you can be sure that they’ll go with just about anything in your wardrobe.
Pics source: google image
Email Post
Labels: Advertorial Guest Post

By the way, it's been a while since I've come to "Chekka Cuomova." Hope you're well! :D

Would you mine to visit and give any comment :D
http://mirefasdiary.blogspot.com/2012/05/going-together-for-school-policies.html

Vanessa said…
Hi! Could you check out and follow my blog? I'll be doing the same to you also. Just message me their in my "contact" tab with your link so I can surely follow back. It's my way of saying "Thank you!". :)

Unknown said…
Interesting debate. I'm all for flip flops in the appropriate setting say the beach. That's where they were intended to be worn and are a functional shoe there. I'm not for them in the heart of a city.

Herb extract said…
We plant the production of Plant extract, including high quality herbal medications and other ingredients
July 30, 2012 at 8:24 AM

BruceMore said…
I am often to blogging and i really appreciate your content. The article has really peaks my interest. I am going to bookmark your site and keep checking for new information.